Be a Part of the OneBook Committee

Participate in the OneBook Committee and help create an intellectual community around the reading of a common book each academic year.

OneBook activities are open to all. We encourage you to participate, share with readers, offer as extra credit, invite a friend, or just participate in our learning community.

Join Us on Canvas 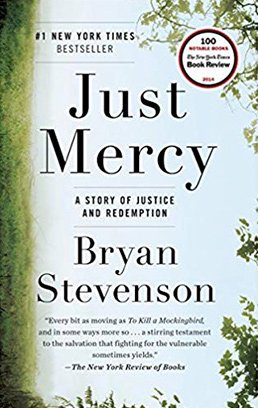 Cosumnes River College is learning together as we explore Bryan Stevenson's Just Mercy at OneBook CRC.

Join us as we study social justice and redemption through inspiring lectures, discussions, and activities designed to inspire our thinking about problems and solutions we face in this world.

Bryan Stevenson is the executive director of the Equal Justice Initiative in Montgomery, Alabama, and a professor of law at New York University Law School. He has won relief for dozens of condemned prisoners, argued five times before the Supreme Court, and won national acclaim for his work challenging bias against the poor and people of color. He has received numerous awards, including the MacArthur Foundation “Genius” Grant.

About the Equal Justice Initiative

The Equal Justice Initiative is committed to ending mass incarceration and excessive punishment in the United States, to challenging racial and economic injustice, and to protecting basic human rights for the most vulnerable people in American society.

Founded in 1989 by Bryan Stevenson, a widely acclaimed public interest lawyer and bestselling author of Just Mercy, EJI is a private, 501(c)(3) nonprofit organization that provides legal representation to people who have been illegally convicted, unfairly sentenced, or abused in state jails and prisons. EJI challenges the death penalty and excessive punishment and provides re-entry assistance to formerly incarcerated people.

Back to Calendar & Events